They’re fun, they’re playful and they’ll even fetch the paper if there’s a biscuit in the deal, but can you truly trust your dog to make sensible decisions?

Dogs make dubious choices in life, and it’s a wonder sometimes that the species has lasted so long.

How many times has your fluffy best friend enjoyed a cool drink of water from the toilet, then selected lucky old you for an extra special face wash?

Maybe your faithful companion decided it would be an awesome idea to dig a record-breaking hole, slap bang in the middle of your newly mown lawn, and then go for a nice roll around on your bed to get that nasty mud off, genius idea!

Then there’s food! They know you’re out, and they know it’s wrong to go in the cupboard, but everything inside smells so yummy! So, when you get home, you find your groceries all over the kitchen floor, half-eaten and covered in slobber, and your dog is looking ill and feeling very sorry for themselves.

Would they do it again, YES! Consequences mean nothing to a dog! They’re incapable of making good healthy decisions, especially about food, but that’s where we come in…

What Not to Feed a Dog

Dogs are not always able to eat the things that we do, many of the types of foods we consume are bad for their health, and some foods are toxic and can even kill a dog.

We need to be extra vigilant about what goes in their mouths, because they won’t be.

With this in mind, we’ve compiled a quick list of 24 foods that you really should keep away from your dog:

Chocolate can cause theobromine poisoning; also known as Chocolate poisoning. This is caused by an overdose reaction to Xanthine Alkaloid Theobromine found in tea and cola. Apart from Theobromine, caffeine, fat, and added sugar in chocolates are also harmful.

This can affect your pet’s central nervous system, heart, kidneys, and gut. Do not feed them even in small amounts.

Onions and Garlic contain a toxic principle known as N-propyl disulfide. This compound causes a breakdown of red blood cells, leading to anemia in dogs. This includes leeks, shallots, chives, and all onion varieties. 2.5 grams per 1 kilogram of body weight can produce serious results. Call your vet if you suspect your dog ate onions or garlic even in small amounts.

Avocados contain too much fat which may cause gastrointestinal upset, vomiting, and diarrhea. The Avocado fruit, pit, leaves, and bark all contain Persin which are toxic to dogs especially in unripe avocados.

The pit, if swallowed can cause choking or blockage in the digestive tract.

Lemons and Limes contain Psoralens. According to the ASPCA, these can cause diarrhea, vomiting and depression.

These fruits can cause vomiting, diarrhea and renal failure within 48 hours of ingestion.

The reason why grapes and raisins can cause renal failure is not known although a mycotoxin is suspected. Grapes are also one of the most heavily pesticide-laden fruits of all.

The seeds of apples contain Amygdalin which is known to turn to cyanide when ingested so they are best removed. The best way to give apples to your pet is to cut them up, remove the stem and core to prevent choking.

Coffee is a big no-no for dogs. Not even decaf. Large enough amounts of caffeine can be fatal. This includes coffee beans and coffee grounds.

Signs of caffeine poisoning include: Diarrhea, vomiting, restlessness, tremors and even seizures.

In as much as we want to give ice cream to our fluffy friends, it’s best not to. Ice cream contains a lot of sugar that can contribute to weight gain and diabetes. Not to mention Chocolate which is toxic to dogs.

Dairy is another troublesome ingredient. It may also contain Xylitol. A sweetener that is highly toxic to dogs.

These items are highly debatable. Some dog owners feed their dogs mainly a raw diet but raw food can contain harmful parasites.

Be absolutely sure to remove fish bones as they are a dangerous choking hazard.

Sugar can cause dental problems in humans as well as dogs not to mention diabetes and excess weight. It may also feed cancer cells. Xylitol can be fatal to dogs. Make sure to read the label.

Do not give cooked bones as they are likely to break. A dog given a cooked bone may suffer from broken teeth, blockage and/or cuts to the esophagus/windpipe, punctures in the intestines, rectal bleeding, and even death.

Raw bones are safer but still, come with risks such as broken teeth and choking. Give them bones that are big enough not to be swallowed whole. Or better yet, just don’t risk it. Remember, a $10,000 vet bill is not uncommon.

Fortunately, dogs rarely ingest alcohol because they don’t find the taste appealing. In mild cases, dogs just get disoriented and ‘sleep it off. In severe cases, you may see muscle tremors, paralysis, shallow breathing, loss of consciousness.

If you see any of the following, take your pet to the vet immediately. In social gatherings, keep alcohol and other prohibited foods out of reach.

Few dogs can tolerate dairy. Most are lactose intolerant. Signs of intolerance are flatulence, vomiting, diarrhea, lethargy, decreased appetite, skin itchiness, and a rumbling stomach. If you really must give your pet dairy, make it goat’s milk.

Almonds are a choking hazard, especially for smaller dogs. If you really want to feed it to your dog, cut it into smaller pieces. Avoid the salted variety.

Basically, this goes for all fruits that have pits including cherries and nectarines. Fruit pitscan cause choking and bowel obstruction. These pits also contain poisonous cyanide. Symptoms include dilated pupils, rapid breathing, vomiting, and skin irritations.

Persimmon seeds can cause diarrhoea and intestinal inflammation. Death may occur within 2-4 days without proper treatment.

The occasional salty treat is fine except when your pet has heart disease in which case salt is absolutely forbidden.

Large amounts of salt can cause tremors, seizures, high body temperature, and even death. In the winter, wipe their paws to prevent them from licking road salt.

Spinach and Kale can be given to a dog, however, it is not the healthiest choice. The reason being, it contains Oxalic acid which blocks the body’s ability to absorb Calcium and may lead to kidney damage.

Though it may take a large amount to reach that point, it is best to choose other vegetables.

Solanine is a substance found in the stem and leaves of tomatoes that is harmful to dogs. Dogs that inadvertently eat them suffer from seizures, tremors, muscle weakness, loss of coordination and gastrointestinal upset. Ripe tomatoes can be given in as an occational snack.

Unripe tomatoes should be avoided completely. If you’re planning on planting tomatoes in your backyard, choose an area that is inaccessible to your pet. Consider buying an Upside Down tomato planter that you can hang on a fence or post.

Raw potatoes contain Solanine just like raw tomatoes. They must be cooked prior to feeding and must be given plain. Skip the salt and butter.

High amounts of fat are toxic to dogs and may cause Pancreatitis which is potentially fatal. Symptoms may include greasy stool, vomiting and loss of appetite.

Not that you would feed your dog raw dough but rather a heads-up to be careful whenever you’re baking. The raw dough expands in the warm environment of the stomach and puts pressure on surrounding organs and may make it difficult to breathe and may actually rupture the stomach lining.

If you suspect your dog ingested raw dough, take it to the vet right away. What’s more, the yeast in the dough produces alcohol which is highly toxic to dogs.

Brownies spiked with Cannabis can be particularly harmful because of the potentially high THC content plus all the dairy, chocolate, and sugar which are all toxic for dogs. Keep them well out of reach.

Our dogs may be weak-willed around food, but it’s actually not their fault. Thousands of years of evolution has genetically geared them to take advantage of any situation that might win them a meal. This is because in the wild, dogs never knew when the next meal would appear.

We can’t blame them for doing what comes naturally, but we can protect them from themselves by minimizing their opportunity to eat the harmful foods we’ve listed above.

Check out our useful article, What Foods are Good for Dogs, for a list of human foods that dogs can eat.

If your dog eats something harmful and gets ill, seek the advice of a vet as soon as possible.

All information in this article is for educational purposes only and is not meant to replace your veterinarian’s advice. 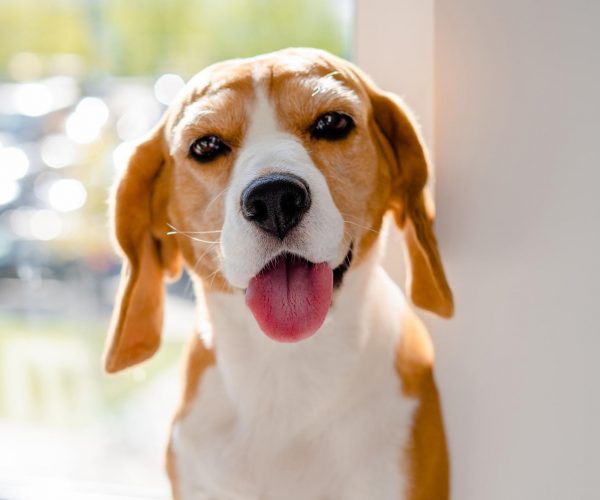 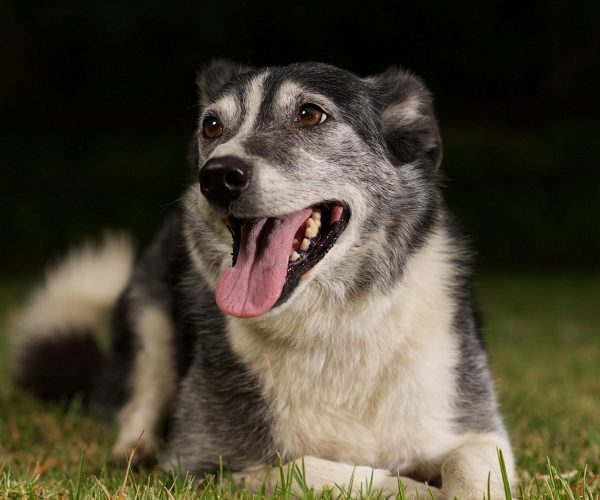 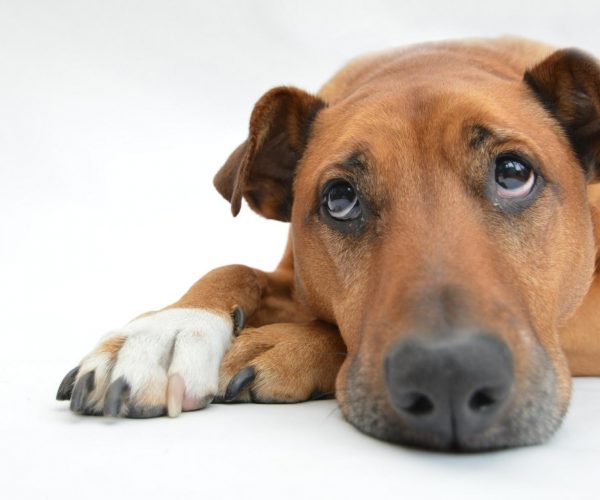 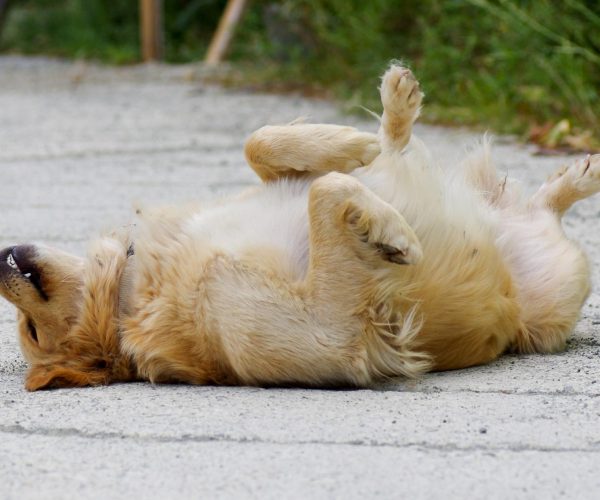 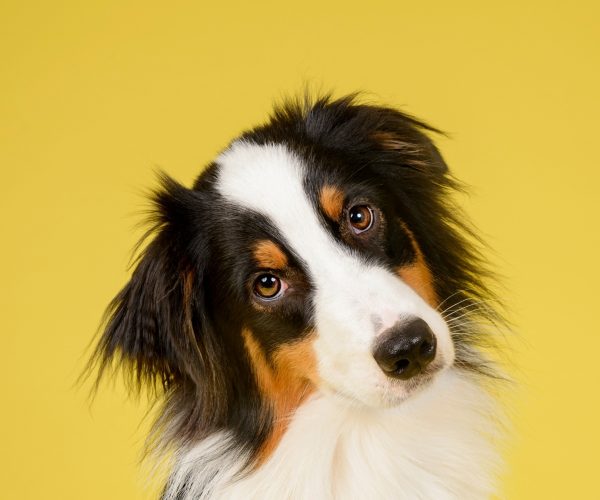 How to crate train a dog with anxiety

How to stop A neighbors dog from barking

Why Do Dogs Smell Each Others Bottoms? Top 5 Common Dog Questions